use cases
For years economists have been trying to understand which fiscal policies best contribute to a country's growth. Looking at the controversy around international trade as a factor of growth, Dave Donaldson, Professor of Economics in the Department of Economics of the Massachusetts Institute of Technology, wished to test the hypothesis that openness to trade promotes economic growth in developing countries.

“I got interested in questions around openness to trade within the same country and how much money it would make sense to spend on building big, expensive infrastructure projects within a country,” recalled Donaldson, who was recently recognized by the American Economic Association as the United States’ most promising economist under the age of 40. “Networks of highways or railroads open up regions of a country to trade with other regions of the country in the same way globalization allows countries to trade with each other across borders.”

Having a greater understanding of the economic benefits of openness to trade would help governments better plan future spend and answer crucial questions around international tariffs.

Natural color (left) and false color (right) composite images taken from the Landsat 8 satellite in June 2017 (Images were downloaded from EOS' Land Viewer at https://lv.eosda.com/). Dominant features shown are the Mississippi River, and a mixture of farmland and other forms of natural vegetation. In the false color image on the right, crops are more shown in a purple colour, which is possible by taking into account near-infrared radiation, a form of energy not detectable by the human eye.

In a world of free trade with no – or low – transportation costs, it would likely be the case that the “law of one price” would hold. In developed countries with an established transportation infrastructure, you expect the price of a bushel of wheat to remain consistent throughout the country.

In the United States in 1880, that wasn’t the case at all. As the railroads were only just rolled out, the transportation costs between the two coasts remained high and historical data shows prices were quite different from East to West. As transportation costs dropped over time, prices harmonized.

Core economic theories dictate that regions would tend to specialize according to their comparative advantage. This means farmers who live in an area more advantageous to rice crops would eventually all start producing rice, over wheat or maize. But this only happens in the absence of significant barriers to trade, when prices are consistent between all trade partners.

Looking at 120 years of US agricultural data, as the barriers to trade were gradually removed, Donaldson noticed the usage of agricultural land was indeed getting more and more consistent with specialization according to comparative advantage.

THE PLURAL OF ANECDOTE IS NOT DATA

Donaldson then turned to farmers in developing countries – such as India, Nigeria, Ethiopia, and China –, looking to monitor whether specialization according to comparative advantage continues to happen, at different times and with different economies.

To test this theory, Donaldson looked at the differences between survey of crops actually planted and models of crops that, if planted, would optimize profits. Spotting noticeable differences would provide economists with tools to understand what impact real world agricultural settings have on the optimal distribution of crops.

A MODEL OF GROWTH

Teams of scientists have worked for years to refine agricultural models, recently adding a trove of Earth observation data, such as region topography, climate, weather during a specific season, soil composition, ground moisture, sunshine levels, etc. All of these data points then help better predict how suitable a certain region would be for rice or wheat production.

Such models in turn provide estimated outputs in any given year based on various crop allocation scenarios, to be compared with the real-life government records of crop outputs for the year.

Then remains the question: “What made a specific county choose to produce cotton when models predict corn would have been more profitable?”

It should be noted there are lots of reasons to expect these models not to predict perfectly. “At a big global scale, we typically find that you can predict about 30% of the variation across countries and across crops. It’s not nothing, but it’s not a perfect prediction” mentioned Donaldson. Refining the models then becomes quite critical.

In the past, the absence of standardized format and unified points of access for Earth observation data made it very difficult to deliver anything more than stand-alone analysis from remote-sensing imagery. But a revolution is taking place. With the advancement of cloud services and APIs, it is now possible to build applications and models that incorporate petabytes of Earth observation data. At the same time, algorithms allow us to extract meaningful information at a growing scale.

As a result, many governments and organizations, like the United Nations Food and Agriculture Organization, are taking advantage of these new technologies and working on using Earth observation data to improve agricultural statistics, with the hopes of soon being able to predict output at the town or even field level. Currently, the only records of output are collected by surveys at the county or district level.

Better predictions will, in turn, help refine the models and improve our understanding of the myriad of factors that can shape the growth of an economy. 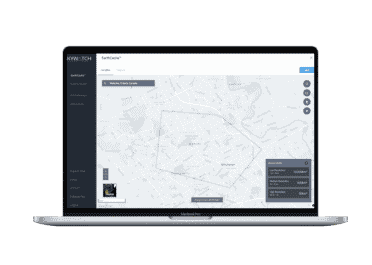 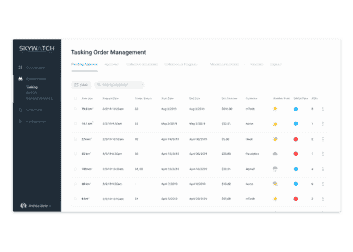 Why Buying Satellite Imagery Used to Be So Hard
VIEW
Locating uranium deposits with satellite data
Improving flood forecasting with earth observation data
We use cookies to give you the best possible customer experience. By continuing to browse this site, you are agreeing to our use of cookies.
Cookie SettingsAccept All
Manage consent

This website uses cookies to improve your experience while you navigate through the website. Out of these, the cookies that are categorized as necessary are stored on your browser as they are essential for the working of basic functionalities of the website. We also use third-party cookies that help us analyze and understand how you use this website. These cookies will be stored in your browser only with your consent. You also have the option to opt-out of these cookies. But opting out of some of these cookies may affect your browsing experience.
Necessary Always Enabled
Necessary cookies are absolutely essential for the website to function properly. These cookies ensure basic functionalities and security features of the website, anonymously.
Functional
Functional cookies help to perform certain functionalities like sharing the content of the website on social media platforms, collect feedbacks, and other third-party features.
Performance
Performance cookies are used to understand and analyze the key performance indexes of the website which helps in delivering a better user experience for the visitors.
Analytics
Analytical cookies are used to understand how visitors interact with the website. These cookies help provide information on metrics the number of visitors, bounce rate, traffic source, etc.
Advertisement
Advertisement cookies are used to provide visitors with relevant ads and marketing campaigns. These cookies track visitors across websites and collect information to provide customized ads.
Others
Other uncategorized cookies are those that are being analyzed and have not been classified into a category as yet.
SAVE & ACCEPT